Detailed research, including visiting many of the places mentioned, and talking to lots of people are hallmarks of the writing style of author RJ Minney. The foreword of his 1962 epic love story, Fanny and the Regent of Siam, outlines the work he did in writing this history book about Thailand.

Fanny was the daughter of British Consul-General Thomas Knox and his Thai wife, Prang Yen, from a leading family. Fanny married one of her father’s friends, Phra (Baron) Preecha Kon la Kam on 11 March 1879, age about 23, but not long after Phra Preecha was arrested and put on trial for allegedly murdering prisoners working at the Kabin gold mine and embezzling large sums of money. Phra Preecha said he was being framed by the Bunnag family.

Fanny was pregnant with his child, and Knox, Preecha’s father-in-law, tried to intervene with the King Chulalongkorn (Rama V). A story in the New York Times ( “A dark tragedy in Siam” dated 24 February, published 12 April 1880) which reported “Pra Preecha’s trial is admitted by all intelligent persons to have been a complete farce”.

The article claims the real reason for the trial, which ended with his public beheading, was that he had married Fanny. However, eventually Phra Preecha confessed to crimes, perhaps to avoid torture, and was publicly beheaded on 24 November 1879.

Knox did not return as Consul after a visit to England. Fanny also went to England with their child and Phra Preecha’s children from a previous marriage, according to the New York Times.

There are links to the story of Anna Leonowens, the educator who inspired the novel Anna and the King of Siam and musical “The King and I”. Anna’s son, Louis Leonowens, was also in love with Fanny, but instead married her sister Caroline. He was serving as an officer in the Siamese Royal Cavalry, part of the King’s Guard, and later founded a trading company Louis T Leonowens Ltd. which still a major business.

Researching the love story
RJ wrote “This story has been compiled from official documents, private diaries and letters, many talks with those familiar with the incidents and with the people involved or closely related to these families, and also a careful examination of the newspapers of the period in England, France and Bangkok… All the main incidents occurred and are supported by records and in papers.

“I went to Siam and the adjacent countries, visited the towns and villages concerned and was fortunate in having as my guide on all my journeys either direct descendants or very near relatives of the chief persons who figure in this story.”

Dr M Carthew first related the love story of Fanny and Pra Preecha in the autumn of 1930 to W.S. Bristowe in Bangkok, who wrote up notes and gathered more information, which he later gave to RJ and helped his research. RJ consulted 3 large volumes of Foreign Office files and gathered information from family sources from Guatemala to Canada and all over UK, including the Knox family and the diary of Gertrude Bindloss, who was governess to Fanny and Preecha’s children.

Many older residents of Thailand knew Fanny and helped RJ with information and recollections. The grandson of Louis Leonowens sent information from Guatemala, where he lives and staff of the Louis T Leonowens company also gave huge help.

The King of Thailand, HRH Prince Chula, received RJ and talked to him of Kings Mongkut and Chulalangkorn and organized for the Lord Chamberlain to escort RJ through the Royal Palaces and temples to see the scenes. Princesses Chula and Poon and Princes Dhani and HSH Prince Prem also gave information. Suvari Bunnag, direct descendant of the Regent, accompanied him on many of his trips and Amb Manu Amatyakun, great nephew of Pra Preecha, esorted RJ around Prachin district and took him to Government house to introduce him to priests and others who remembered the story. Many others also supplied help.

The end of the story
Fanny returned in 1882 and found her way to Bangkok, via several adventures, including kidnap and rescue. She sought to change the political system and support the reforms of King Chulalalongkorn, later known as Rama the Great, who abolished prostration and then slavery, and created judicial reforms to create fair trials. Her children joined her, and she started helping poor people with problems and living and working in a small room.

Over the years she lived a hard life and people gathering in her room to share problems and organized a party or union to help each other. She raised the money for a promising student, Prosit, to travel to Paris for education.

Age 60, on 17 December 1925 she leant against a wall and was carried home. Later that night she woke, smiled at her children Trakun and Arun holding her hands and died.

In 1927, Thais in Paris met and formed Khana Ratsadon, or the People’s Party. In June 1932 they organized a bloodless coup d’etat. According to the manifesto of the People’s Party, King Prajadhipok (Rama VII) on 24 June agreed to limit the powers of the absolute monarchy and created a constitutional monarchy, vesting legislative and executive authority in an elected assembly, while giving equal rights to all Thai citizens.

RJ’s Minney book concludes: “Fanny’s monument… is a living monument, embodied in the free and happy lives of the people of Siam, who she had learned to love deeply.” 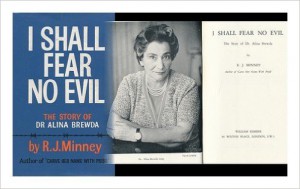